By: Esequias Pereira, Sales and Marketing Director at Nidec Global Appliance, where he represents Embraco refrigeration solutions portfolio for the Asia Pacific and China region

Energy, its production and availability are not only fundamental for any country’s economy and for the health of any population, but are also a global environmental issue. The same happens with refrigeration: it is vital for food preservation and economic development, as well as for medical and scientific progress. But it is also a major energy user: the estimate from the International Institute of Refrigeration is that the sector (including air conditioning) consumes about 17% of the overall electricity used worldwide.

A focus on energy efficiency can bring economic and environmental benefits, since it reduces energy bills as well as CO2 equivalent emissions. The good news is that there are refrigeration technologies that can be a great contributor for that in food retail and food service segments.

Refrigeration is a highly technological sector and energy efficiency is among the top priorities in the constant quest for industry evolution and innovation. In this path towards evolution, we may say that one of the biggest trends is the use of variable speed in compressors (VCC technology), which, after proving its advantages and becoming mainstream in air conditioning and household refrigeration applications, is now gaining increased momentum in the commercial refrigeration industry worldwide, especially because of its energy efficiency.

In comparison with a fixed speed compressor, a variable speed has a different type of motor, the BLDC (brushless direct current) motor, also known as ECM (electronically commutated motor). Another difference is that this motor works connected with an electronic device called an inverter. The inverter controls the motor, making it rotate at different speeds, according to the targeted cooling load, decreasing it when the ideal temperature has been achieved and increasing it when there is need for more heat removal.

Thanks to these characteristics, variable speed compressors have significant advantages over the fixed speed ones (also known as on-off), and here we list them in the perspective that matters the most: the end user’s.

A traditional fixed speed (on-off) compressor operates at a constant speed, continuously switching on and off to meet the refrigeration equipment’s cooling demand. This operational pattern requires abrupt power loads when starting; furthermore, as the compressor maintains the maximum speed for all the running period independent from the thermal load, it leads to wasted energy.

As described previously, variable speed compressors come with an embedded set of electronics that allow the compressor to control its working speed, decreasing it when reaching the target temperature and also increasing it when there is need for more heat removal, ideally without switching on and off (or with a consistent reduction of on-off cycles and with a limited starting torque power versus on-off compressors). This enables the compressor to use only the amount of energy required at each moment and nothing more.

The energy saving from variable speed varies according to the application but is always very significant. We have made many case studies with Embraco compressors, where the only change made was the switch from a fixed to a variable speed compressor, and the results were energy savings of at least 15% up to around 40%. Just to give an example, in a horizontal island freezer with optimized performance, for using an on-off high efficiency R290 compressor, the energy consumption reduction was 38%, in an ambient temperature of 25°C, when using an Embraco variable speed compressor with Smart Drop In (SDI) control logic, without any other system optimization.

Quicker recovery of the heat load

VCCs recover from door openings much faster. By overdriving to higher RPMS these compressors are able to quickly regulate the delta between product and ambient temperatures.

It has a quicker average pull down time, which is the time required to bring down the temperature of the product, from its temperature at the time of entry (in the refrigerator’s cabinet) to the final desired temperature. Tests with VCCs have shown a 20% average pulldown time reduction compared to the on-off ones. These working modes also contribute to the energy saving versus the fixed speed compressors: the VCC reaches rapidly the stabilized conditions, in which it runs at a low (energy saving) speed.

Variable speed technology allows the applications to also generate less noise due to the fact that it operates at lower rotation speeds for longer periods than the fixed speed. In addition, there is the “soft start” characteristic, which means the compressor starts at a lower speed, ramps up to full speed within a few minutes and continually adjusts current to provide needed power depending on the system’s conditions, with less vibration and noise. At speeds over 3000 RPM, the VCC noise is equivalent to an on-off compressor.

Because of the way a variable speed compressor works, controlling its rotation speed according to the condition and the temperature needed, with long running time at low speed, its expected life will be inherently longer in comparison with a fixed speed one.

Furthermore, the variable speed compressor has a very good behavior in severe voltage fluctuations (situations that may happen in many countries): in low voltages where an on-off compressor may not even start, a variable speed does, avoiding protector switches and motor stress and keeping the system performing also in those conditions.

VCCs are not only energy efficient, they are space efficient too. That is because you can produce a smaller variable speed compressor to do the same job of a bigger fixed speed one. During the design phase of an on-off it is necessary to project its size to withstand the highest cooling capacity peak, since it will always operate at full speed. Whereas in a variable speed, the size can be designed for the average speed that it will have for the most part of the time, which will be a lower speed. By freeing up more merchandising space in commercial cabinets without changing any external dimensions, manufacturers can more creatively design equipment and provide more flexible layout options to stores.

Despite the fact that the aspects highlighted here have higher impact on commercial refrigeration than in residential, the adoption of variable speed in domestic refrigeration has been high in many countries because of stringent energy consumption regulations, one example is Europe, where the labeling regulations for home appliances have been in force for many years. Meanwhile, in commercial refrigeration, the variable speed penetration – although already important in integral cabinets for retailers – still has wide growing room.

At Nidec Global Appliance, manufacturer and commercializer of Embraco solutions for refrigeration, we perceive that in commercial refrigeration the key obstacles for the adoption of variable speed compressors are: their benefits should be better disseminated, their price is higher than the fixed speed compressor, and for many years there was the need for an additional control unit to regulate the compressors working parameters, what made the whole system more expensive.

But that is changing. Because of the evolution in the compressor’s technology and in its  embedded electronics, the price difference of variable speed versus on-off compressors has diminished and made VCCs more affordable. Furthermore, taking into account the energy bill savings, the investment has a fast payback (even six months in some applications for retailers). In regard to the necessity of a control unit, that is not true anymore. There are solutions available in the market  that eliminate the need for an additional control unit. Embraco is one example with its variable speed and Smart Drop In logic, that has more intelligence inside the inverter.

In this new moment in the global economy, when protecting the environment by saving energy gains new importance, we are seeing an intense movement towards variable speed in commercial refrigeration. More and more, energy efficiency is becoming a relevant decision making criteria, and the technology for it is becoming increasingly more affordable.

With contributions of Daniel Hofmann, John Prall and Daniel Hense, all from Nidec Global Appliance. 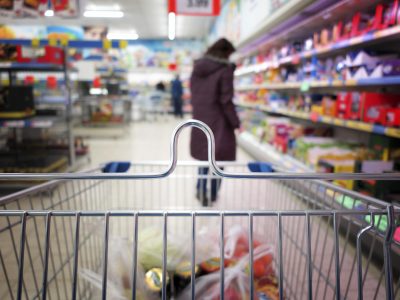