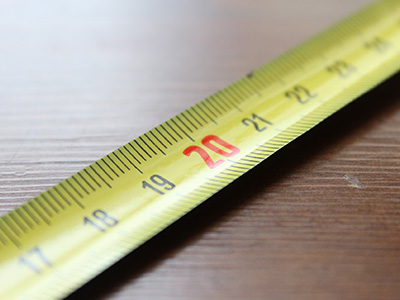 The units of measure are means of quantifying a physical value (such as temperature, pressure, volume, mass, length and several others) and those working with refrigeration are constantly dealing with them. Therefore, it is important to know them, understanding what they indicate and how to use them. Another reason for knowing it well is that frequently it is necessary to convert the data which is indicated in a determined unit of measure into another one: for instance, from Btu/h to kcal/h.

We are going to make use of the above-mentioned and begin with power. It means the produced or consumed energy and the most common units of measure to express it are:

The acronym Btu comes from British Thermal Unit, symbolizing the quantity of energy required to raise the temperature of one pound (0,45 kg) of water by one degree Fahrenheit, under constant pressure of 1 atmosphere.

Kcal/h expresses kilocalories per hour. One kilocalorie is equivalent to 1,000 calories and is defined as the exchanged heat when the mass of one gram of water passes from 14.5°C to 15.5°C.

In turn, the Watt (W) is the most common unit of power, being adopted in the International System of Units. 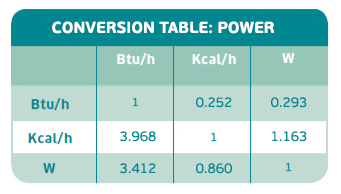 The units used to measure the efficiency of a refrigeration system are:

What it is important to know:

To convert degrees Fahrenheit into degrees Celsius, subtract 32 and divide by 1.8, in accordance with the formula below:

To convert degrees Celsius into kelvin, just add 273.5. If the temperature is 20o C, the equivalent in kelvin will be 293.5.

It is very easy to convert kelvin into Celsius, with the calculation below:

To convert Kelvin into Fahrenheit, the formula is:

The table below shows the values in the different scales for three situations. 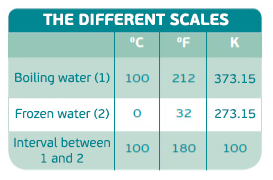 In everything that is measurable, there are units created specifically to facilitate the comparison and which, with familiarity, are important references for us all.  It is the case of several other physical values, used by professionals of refrigeration, both in their work and in their day-to-day:

• Intensity of electrical current, having as unit of measure the Ampere;

• Capacitance, of which the unit of measure is the faraday (F);

• Volume, with units of measure such as cubic meter (m3) or liter.

Several other physical values and their respective units of measure could be mentioned here, but our aim is not to make a full list, but to give examples with the most well-known ones.

It is important to emphasize also that the main units of measure (for instance, calorie or bar), have derivatives. These derived names are identified by prefixes, which indicate how much more or less they represent than the main unit of measure. The table below helps to understand this, by showing what the prefixes such as micro, milli, kilo, mega and others, which are widely used, mean. 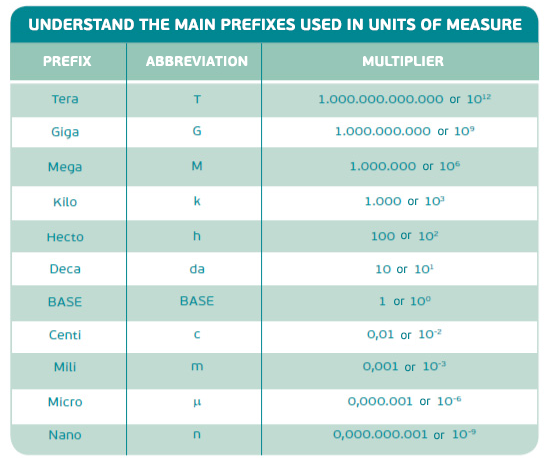 To finish, we remind you of something very useful in facilitating the conversions of units of measure: the Toolbox APP, developed by Embraco and available for download free of charge, has a tool which calculates it for you in a quick and simple way. 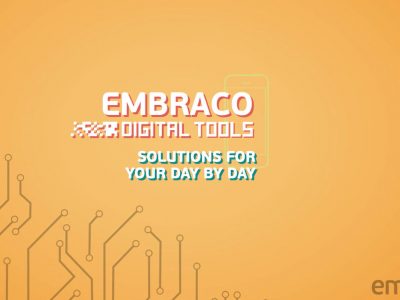 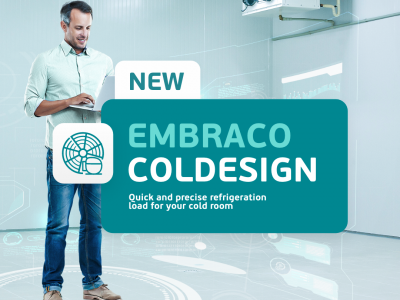 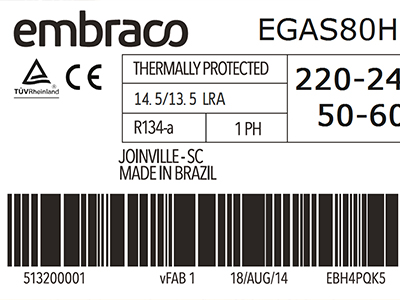