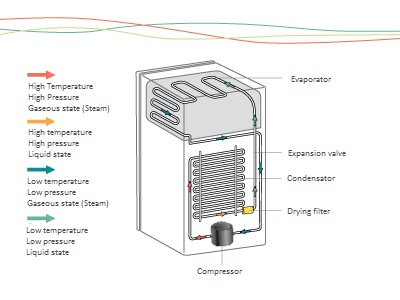 You may not know, but thermodynamics is a part of your work daily routine. This word, with a greek origin, indicates the relation between Thermal energy (therme) and Mechanical Power (Dynamis).

This is the science area that studies the heat transfer processes, involving aspects such as the variation of temperature, pressure and volume. The refrigeration cycle is entirely based on thermodinamycs: from the removal of heat from one body (object or substance), transferring it to another, as can be seen in the illustration on page 18.

In this process, the heat always flows from the body with higher temperature to one that has lower temperature.

In these heat exchanges, the transfer can occur through three different processes, which are used by the refrigeration industry or have an impact on its efficiency:

The convection is the most present process in the refrigeration equipment you may deal with.

It occurs mainly in the fluids (Liquids and Gas). It is the result of a fluid circulation, which can happen either naturally, due to differences on the temperature of the fluid, or forced way. The heat exchange that happens on the evaporator and the condenser are examples of convection.

The conduction happens between two objects, with differente tempertures, or in only one object, but always from the hottest to the coldest area. It is related to the thermal conduction of every material.

Regarding this process, it is important to remember that what defines a heat insulator is its low thermal conductivity, which is essential for an efficient cooling system. This is the case, for example, of materials such as polyurethane used to insulate cabinets, keeping the internal temperature of the refrigerator lower than the external environment.

The irradiation is not directly connected to refrigeration, but has an influence on the performance of the equipment. It occurs through electromagnetic waves, especially infrared radiation, even without direct contact between bodies or substances.

An example is the warming of the Earth by the sun, where there is no direct contact, but there is heat transfer.

Regarding radiation, it is worth remembering the importance of keeping refrigeration equipment away from all types of heat sources, so that the heat does not compromise its performance.

THE LAWS OF THERMODYNAMICS

The concepts of thermodynamics began to be developed in the 17th century, with the first scientific experiments on pressure, temperature and volume. The studies progressed over time until, in 1824, the French scientist Sadi Carnot published a text that was the basis of modern thermodynamics.

After Carnot, definitions have been developed and are still in use up to today for the principles of this science, which are known as the Laws of Thermodynamics.

This is the law that allowed the definition of temperature scales, such as those expressed in degrees Celsius, Fahrenheit or Kelvin.

First law of Thermodynamics: Between any two equilibrium states, the change in internal energy is equal to the difference of the heat transfer into the system and work done by the system.

This law has more to do with modern refrigerators because it defines that it is possible to raise the temperature of a system either by adding heat (thermal energy) or by doing work on it.

Second Law of thermodynamics: There are three ways to express this law, which were developed by scientists who realized the need to highlight certain aspects:

• It is impossible to remove thermal energy from a system at a certain temperature and convert that energy to mechanical work without any modification in the system or its surroundings. (Statement of Kelvin)

• There is no process where the only effect of thermal energy is to transfer energy from a cold body to a hot body. (Clausius Statement)

• It is impossible for a thermal machine, operating in cycles, to have the sole effect of extracting heat from a reservoir and performing an integral work of that amount of energy. (Kelvin-Planck’s statement).

The refrigeration cycle and thermodynamics

It is important to know that conventional refrigerators operate following the principles of the mechanical steam compression cycle. But what does it mean?

First, we must remember that this cycle is based on the process of changing the physical state of the refrigerant fluid (from liquid to gas and vice versa). These substances condense (become liquid) at high pressures and evaporate (become gases) at low pressures.

The cold in cooling systems happens due to the change of state of this liquid refrigerant fluid to gas.

This process depends on the work done by the compressor – which uses mechanical energy to compress the refrigerant fluid from the evaporator in the gas phase.

With this compression, the pressure and temperature of the refrigerant fluid increases. When it enters the condenser, the refrigerant transfer the heat to the environment, causing its temperature to decrease and condensation occurs, which is the process of phase change from gas to liquid.

After that, the refrigerant fluid passes through the control element – capillary tube or expansion valve – which, by narrowing the passage, slows its speed on the evaporator, causing its pressure to decrease.

The refrigerant fluid arrives on the liquid state and under low pressure to the evaporator, during which it is changing phase again, from liquid to gas. When you change phase, it absorbs the heat present in the conditioned items in the refrigerator case and returns to the compressor, restarting the refrigeration cycle. 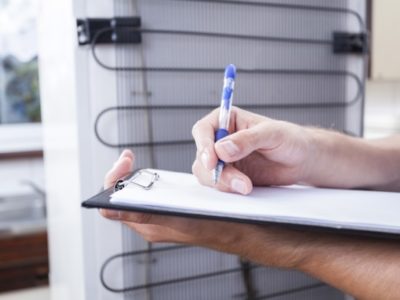 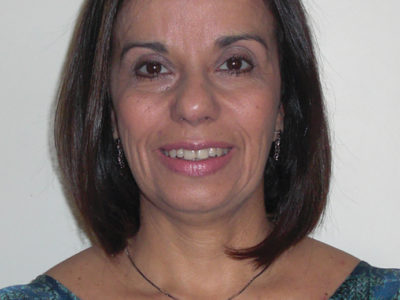 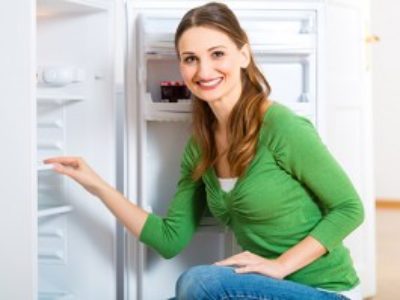 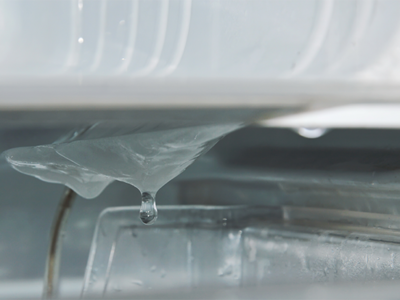