Responsible for most food and beverage sales, establishments are changing the way to use refrigeration.

It seems that supermarkets have always been present in cities, but their history is relatively recent.  The first stores emerged in the US around 1930. In Brazil, they arrived about two decades later, first in large cities and then gradually spreading throughout the country. The next step was the implementation of hypermarkets, beginning from the 80s.
Michel Moreira
“A revolution is underway in using refrigeration in supermarkets” The sector’s modernization process followed the evolution of the way of life in cities and the new technologies that were being developed. One of the most significant changes is related to the use of refrigeration. Initially, there was a small quantity of equipment in use in these stores, but new consumer demands led to the creation of other supermarket departments, with more and more perishable products. Perishable goods mean greater need to use refrigeration, which opened up more opportunities for those working in the area, both in the supply of equipment and spare parts, as well as in maintenance services. This trend continues to assert itself, so the picture looks very favorable. But there are new challenges arriving. This is the warning made by Michel Moreira, Commercial Refrigeration Product Leader at Embraco, noting that challenges can be addressed in two ways: as problems or opportunities. “A revolution is underway in using refrigeration in supermarkets”, affirms Michel. According to Michel Moreira, in Europe and North America, the refrigeration industry and large supermarket chains have already begun shifting themselves to the significant changes that will occur, stimulated by new regulations. “These are global trends, which will soon arrive in Latin America”, he guarantees. Refrigerant fluids are one of the aspects in transformation. European legislation stipulates that by 2020 those which have GWP (global warming potential) above 2,500 should be eliminated. This, in practice, means that R404A and R508A cannot be used in new equipment. The restriction will increase soon afterwards forbidding refrigerants with GWP above 150, which means that from 2022 on R134a can no longer be used. The market will increasingly use more hydrocarbons such as R290 and R600a, HFOs (Hydrofluoroolefins) and CO2. While this happens in Europe, in the US new regulations are also focused on environmental issues. As of March 2017, according to a determination of the North American Department of Energy (DOE), the entire commercial refrigeration industry will have new maximum energy consumption levels, which, on average, represent a decrease of up to 50% when compared to pre-existent levels. At the same time, the US Environmental Protection Agency (EPA) established a gradual schedule to vet the use of R134a and R404A. The timeframes vary according to the application type, but in most cases the use will be prohibited from 2017 to 2021. Closely following all these changes, Embraco has participated in discussions on the subject and is always in contact with large supermarket chains and global beverage and ice cream manufacturers. “The conclusion is that the supermarket segment will have to reinvent itself both in Europe and the USA. The refrigeration model used by most stores, especially the larger ones, isn’t very efficient and limits the use of some natural refrigerants which are more energy efficient and have a better cost-benefit ratio”, explains Michel. “We believe that the current racks model will tend to be replaced by a self-contained model, that is, one compressor coupled to each refrigerator, being used only when there is local demand. Together with the use of smaller compressors, will come the use of natural refrigerants, in particular hydrocarbons. Therefore, Embraco is directing its research efforts towards solutions with higher energy efficiency and which use propane (R290)”, he adds. In Brazil, these regulations don’t yet apply, but large global companies will bring their specifications and will influence the market in the same direction. Currently, the factor that drives the market for change is the sharp rise in electricity costs. Supermarket chains are already looking for solutions with higher energy efficiency, to reduce costs. One example is by replacing air curtain systems, which require more power to operate, for models with lids or glass doors. One consequence of this transformation process is the increased portfolio of commercial refrigeration equipment manufacturers, which now have a wide product range to meet different needs. “We see ample space in supermarkets, for using Embraco compressor lines and our complete cooling solutions, such as Plug n’ Cool. Several manufacturers have already developed and placed on the market equipment which is ideal for small and medium-sized stores. The next phase will be to win over large establishments, for which we see good prospects in the adoption of Plug n’ Cool”, affirms Michel. If the first changes are already being felt in Brazil, much remains to be done. “In recent years, supermarkets have evolved regarding their control systems, monitoring new existing technologies and environmental concerns. However, most still have old systems with HCFC R22, which is now generating a high maintenance cost in replacing the product”, says Abrava’s Environment Vice President, Paulo Neulaender. “When we talk about new systems, the mentality of looking for equipment with refrigerants that have minimal environmental impact already exists. Yet, today the main concern is to seek cost-effective solutions for old installed systems”, he adds, noting that another issue that has been very hot recently is energy efficiency. Looking ahead, he points out, just as Michel Moreira did, the need for supermarkets to keep up with technological changes coming in the next three years, especially highlighting the energy efficiency issue. The great challenges that Neulaender points out to supermarkets represent great opportunities for refrigeration professionals: implementing an improved control system of refrigerant leakage and training maintenance staff. Therefore, when passing by supermarkets that are in your neighborhood, look at them with care. If you’re prepared, there will be good opportunities for you to offer your services or products.

A portrait of the sector in Brazil In Brazil, the statistics of the Brazilian Association of Supermarkets (Abras) indicate that there are over 7,500 establishments of this type. More than two-thirds of them are concentrated in the Southeast and South, with the following states leading in number of stores:

But supermarkets of all sizes, are everywhere and their presence is growing in smaller cities and suburbs, where until recently they were rare. Large hypermarket and supermarket chains have a lot of strength, but represent little in terms of number of stores. There are a large number of companies with just one or two stores and also a very broad group of chains with few units and regional operations. Another interesting fact that emerges from the ABRAS studies in conjunction with the Modern Supermarket magazine is about the departments that sell the most in these stores. In 2015, who led was the butcher shop, accounting for 13.4% of the total. Other areas that stand out with intensive – and often mandatory – use of refrigeration:

Retail equipment market grows A recent study released by the consulting firm Research and Markets found that the market for displays with glass doors is experiencing strong growth, as well as cold chambers. By 2020, it’s expected to nearly double in size, driven by factors such as:

According to the study, companies using this equipment also seek to reduce energy consumption and improve food safety (proper conservation). Asia is considered the region with the greatest potential for growth, while North America and Europe – that are more mature markets – will evolve more slowly. For Latin America, the highlight will be the retail and hotel segment which will lead to demand growth. 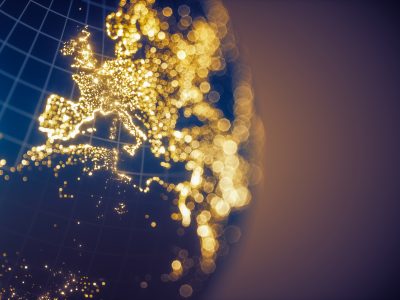