The meeting’s outcome, with the participation of almost 200 countries, was considered historical. Now, it’s necessary to move forward on implementing measures and raising awareness, a task that involves governments, businesses and society.

More than 45,000 people attended the Paris Climate Conference, held at the end of 2015. Among them were representatives from all countries, as well as private sector and civil society leaders. The massive mobilization was justified: the event, known as COP21, aimed to discuss actions to prevent climate change and its impact on the planet. The issue concerns everyone and contractors have a role to play in this!  CHRISTIANA FIGUERES – “It’s necessary to move forward to find solutions for the urgent climate change challenge.”

The significance of the event was summed up in the opening ceremony, Christiana Figueres, Executive Secretary of the United Nations Framework Convention on Climate Change (UNFCCC). Addressing representatives from the almost 200 countries present, she said,

“You have the opportunity, in fact the responsibility, to finalize an agreement that enables the achievement of national climate change goals.“

She asserted that this agreement will provide support to global development as well as stimulate the ambition and growing action of all. Stressing that a new path was being taken, which she considered to be a “major turning point”, she noted that it’s necessary to keep moving forward to find solutions to this urgent challenge related to climate.

The result reached in Paris was deemed very positive. For the first time in history, a global agreement was reached to limit greenhouse gas emissions and to cope with the impacts of climate change.

It was the perception of the seriousness of the situation regarding climate change that made the world move forward.

Today, the subject is present in everyone’s day to day, no longer being just a research subject for scientists and warnings from environmentalists.

After all, the consequences are already appearing, generating strong concern from those who are attentive to what is happening around them.

This contributed to overcoming the resistance from several countries that previously were against establishing measures to reduce greenhouse gas emissions and in some cases even denied global warming.

Barack Obama stressed that this is the time for everyone to come together to save the planet.

With this awareness, the meeting proceeded on the basis that it is possible to act to combat this enormous problem, through unity around a common goal.

As Barack Obama – U.S. president – said, no country, big or small, is immune to global warming. In his message at the conference, he warned:

“This summer, I saw the effects of climate change in Alaska, where the sea is already swallowing villages and eroding shorelines; where glaciers are melting at a pace unprecedented in modern times. And it was a preview of one possible future – a glimpse of our children’s fate if the climate keeps changing faster than our efforts to address it.”

He added, reminding us of some problems that may occur:

Even more floods of desperate peoples seeking the sanctuary of nations not their own.

To avoid this situation, the main commitment of the Paris Agreement is to limit the increase in the global average temperature. Scientific studies were the basis for defining that this increase should be less than 2°C when compared to the Earth’s temperature about 250 years ago. If the planet gets hotter than this, scientists believe that the effects would be devastating, with rising sea levels, extreme weather events (such as droughts, storms and floods) and lack of water and food.

Each country presented its reduction targets for emissions of greenhouse gases (such as CO2) to contribute in this effort against global warming.

Actions will be developed, for example, to reduce the use of fossil fuels – oil and coal – and adopt renewable and cleaner energy sources, such as solar, wind, hydro and biofuels. At the same time, we need to restudy production methods in the industry and in the field. Another key step is a strong reduction of deforestation.

The agreement also established a US$ 100 billion annual fund to finance these actions in developing countries. Another important decision was to carryout, every five years, a review of what is being done and the results obtained in order to curb climate changes.

Reducing greenhouse gas emissions requires that everyone contributes. In addition to adopting more sustainable habits in their daily life, contractors can collaborate in many ways:

Calculations made by the Intergovernmental Panel on Climate Change (IPCC), a group that brings together climate experts from around the world, show that it will be a great challenge to meet what was established in the agreement. According to studies, emissions would have to be reduced by 70% to 90% by 2050 to ensure that the temperature rise is below 2°C.

This challenge becomes even greater because the agreement has not yet established a timetable for the actions. The final document only says that emissions need to start falling “as early as possible” and must get to zero at some point “in the second half of this century”.

This means that the signing of the agreement is a very important step, but not enough (see the box below). It’s necessary to keep moving forward in this process, which involves commitments of governments, companies and each of us. It will be necessary to innovate, seek different solutions, review and improve what is being done today.

This task also lies with each contractor, in their personal lives as well as in their professional activities. Therefore, stay informed on issues such as environmentally friendly refrigerants (Read more about hydrocarbons on page 14, for example), energy efficiency, recycling and others (see the box on the opposite page). So that you can do your part and even influence your customers – and the people who are around you – to follow the same path!

IT’S A STEP FORWARD, NOT A DEFINITIVE SOLUTION

The agreement signed in Paris will not solve the problem of climate change. The United Nations (UN) points out that there are no quick or magic solutions to this issue. “Climate challenge is one of the most complex issues the world has ever faced. However, climate change is now at the top of the global agenda and the leaders of countries, cities, private sector, civil society and religions are taking actions. During the conference’s preparation process, more than 150 countries submitted national targets for reducing carbon in the atmosphere – which corresponds to 90% of global emissions”.

The UN considers that the agreement is an important step on the path to be followed by all countries, acting together to limit the global temperature rise. 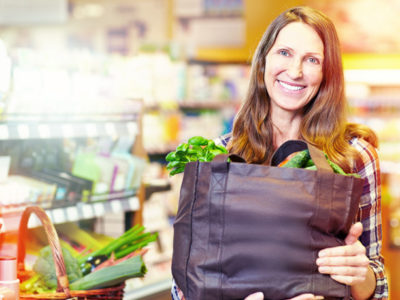