New refrigerators feature modern compressors and solutions to use energy ever more rationally.

According to Eletrobrás, in homes that don’t have air conditioning, the refrigerator is what consumes the most energy, in the order of 30% of the total monthly consumption and in some cases second only to the electric shower. And if the refrigerator is old, you can consider a consumption of 150 kWh. But how can a refrigerator consume less power? According to ANEEL– National Electric Energy Agency – changing old refrigerators for newer, more efficient models can reduce average energy consumption from 75 kWh to 25 kWh per month. A simple replacement of the old compressor for a new one also contributes to savings. “Today we have available in the aftermarket compressors that replace older ones maintaining the refrigerator’s performance. When the new compressor is more efficient, of course, the energy reduction impact will be felt”, said the specialist Murilo Favaro, Embraco Refrigeration technician. He also reminds us about the fundamental maintenance work in the light commercial compressor area. “It’s not just a matter of removing the ice it’s also necessary to remove the condenser dirt”, he explains. Procel Seal And to help identify the most economical refrigerators there’s also the Procel Seal of Energy Savings, given annually for household equipment. The Procel Seal established in 1993, indicates products that have better energy performance compared to others in the same category. Despite devices tagged Class A being slightly more expensive than those in Classes B, C, D and E nevertheless they’re worthwhile, because in a short time the investment pays for itself with savings on the electricity bill. Besides providing guidance on energy consumption, the goal of the Procel Seal is also to stimulate the manufacture and marketing of more efficient products, contributing to technological development and reduction of environmental impacts. Launched in March 2014, Wisemotion is the first compressor for household refrigeration that doesn’t use lubricant oil. Another great differential of this compressor is energy efficiency. The new technology used in this product consumes 20% less energy than the generation of Fullmotion compressors, with variable cooling capacity, very common in household refrigeration.

Check in the table the monthly energy consumption by type and capacity in liters of new refrigerator models, according to ANEEL – Brazilian Electricity Regulatory Agency. More energy-saving bulbs Incandescent bulbs also used inside refrigerators consume too much energy and are with their days numbered. Gradually, all these types of light bulbs are being removed from the market, those with power up to 101 watts haven’t been sold since June 2013 and from June of this year, 75 W and 100 W stopped being produced in Brazil. Incandescent bulbs should no longer be marketed by July 2017, regardless of power. (including refrigerator light bulbs, which have a power average of 90W). Energy saving tips Measures that can bring about a significant decrease in the value of the electricity bill:

See how much energy each appliance consumes in a home, according to the Brazilian Energy Efficiency Information Center. Click here. 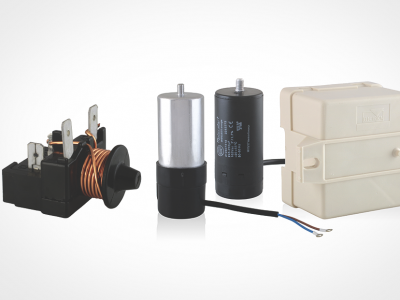