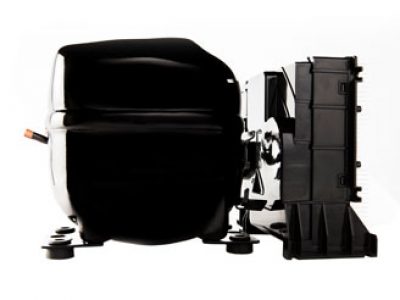 PRESENCE OF THESE ADVANCED MODELS TENDS TO GROW INCREASINGLY, DUE TO THE DEMAND FOR ENERGY EFFICIENCY.

THE EMBRACO FULLMOTION TECHNOLOGY WON OVER DEMANDING CUSTOMERS ALL OVER THE WORLD AND IT IS ACKNOWLEDGED AS BEING ONE OF THE MOST IMPORTANT INNOVATIONS IN THE COOLING SECTOR IN RECENT YEARS.

Developed by Embraco in a pioneering manner almost 20 years ago, the innovating variable speed compressors have been gaining increasing space in the market, due to the benefits which they bring. Learn more about them in this material.

In the Interview of the CEO of Embraco, Luis Felipe Dau, stated that the variable speed compressors are a reality and their presence will accelerate in the near future.According to him, in the most demanding markets in Europe and Asia (especially in Japan), there is already a movement to use this technology instead of the on-off compressors.

“The reason is the growing demand for cooling systems with greater energy  efficiency, less noise and that preserve the food longer. Furthermore, the reliability of these compressors is also a differential for the manufacturers and the consumers”, said Dau.

In Brazil and in Latin America in general, they are still little used, but have been  expanding recently, especially in commercial cooling equipment – for which the issue of energy efficiency is increasingly essential. For example, today cooled cellars and commercial freezers with Embraco Fullmotion compressors are already to be found in the market. The trend is that this greater demand, which already occurs in the more developed countries, will gain force here. In other words, if you have not yet seen or experienced one of these compressors, it will soon happen.

The variable speed compressor differ from the conventional compressor by  adjusting the rotation sped as per the demand.

This is achieved by the presence of an electronic device, the frequency inverter, capable of measuring the temperature variations of the system and automatically adjusting its speed, making the operation more efficient. When the internal  temperatures are at the recommended levels (for example, at night time, when the use is less), the compressor operates with less rotation. While at the moments at which the internal temperatures are higher, it operates with greater rotation, to reduce these temperatures as quickly as possible. 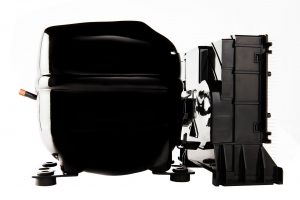 LEARN ABOUT THE EMBRACO FULLMOTION

• Flexible control which allows customized solutions, with the use of anadvanced electronic unit

Advantages for the consumer

• Quietest product in the market

Advantages for the assembler

• Improvement of the system with lowinvestment in production process

• Compatible with other system improvements

• Small changes in the system design

• Programmable electronic control for excellent performance of the system

• Adds value to the brand and product

The inverter can control the rotation of the compressors in three different ways:

• Drop In, in which the device evaluates the variation of the current and  automatically adjusts the rotation. In this case, the rotation is increased in degrees. This type of control can be used with anordinary thermostat;

• Frequency, in which the inverter receives a signal from the thermostat, which adjusts the compressor rotation directly. The variation of the rotation is done more continuously and in a smoother manner,improving even further the temperature control and reducing the energy consumption. In this case, a frequency thermostat is used.

• Serial, in which the inverter receives commands from the thermostat and sends responses to them electronically. For this mode of control an electronic thermostat developed to use the communication protocolof the inverter is required. This model is also able to read other information, as the actual rotation.

In all these three modes of control, the functioning is similar: they receive energy from the network in the form of single-phase alternate current and transform it into three-phase direct current, which allows them to work more efficiently.

Due to this technology, the variable speed compressors have a great advantage compared with the on-off models regarding energy consumption – which, on average, is 25% less, but can represent a difference of up to 30% in the case to 10-year-old refrigerators. This contributes to the equipment in which that are used attaining the energy efficiency levels established by the strictest legislation.

“With the advance of the regulations requiring more efficient household appliances and cooling systemsin several countries, there will be an increasing  presence of variable speed compressors in the market”, stresses Eduardo Ramos Ortiga, Technical Support specialist of Embraco.

This innovating technology, which was developed and patented by Embraco, was acknowledged internationally, gaining, in 2008, the award Stars of Energy Efficiency, assigned to the companies which most contribute to energy efficiency in the planet. In the same year, it was also considered to be one of the ten mostimportant innovations developed in the decade in Brazil.

Besides the gain in energy efficiency, the variable speed compressor has other important advantages:

• Very low noise level (the least in the market);

• Greater strength and tolerance to subvoltages of the electric network;

Launched initially for use only in household refrigerators, the Embraco Fullmotion compressor gained new versions over the years and today can also be used in small-size commercial equipment (see the box above, which shows the different families).

• Designed for household systems. It can also be used in small-size commercial applications

This is why its presence grows continually. There are already millions of units in use throughout the world. It is not only in developed countries that they find a market: in Brazil, they are gradually being adopted by assemblers of commercial and household cooling equipment, as Brastemp, Fricon and Art des Caves.

“The use of this technology type is a trend without return. It can be widely found in split type air conditioners, and the natural path is that will be increasingly present in refrigerators and freezers of domestic and commercial use”, states Eduardo Ortiga.

Therefore, it will be increasingly frequent, for the cooling technicians, to find these compressors in the equipment of their customers. This means that it is essential to be ready to deal with them: understand how the inverter functions and know how to execute the checks required:

• In the connection of the inverter with the compressor (cables and connections);

• In the receipt of voltage from the thermostat;

• In the receipt of the control signal;

• In the power supply.

All these checks are simple, as is the correction of possible problems found in them. But, as we said, it is indispensable to know the inverter.

“Despite seeming to be challenging, with the knowledge acquired, we learn that the  activation and adaptation of a variable speed compressor in a determined system can be done simply and bring quick results”, states Eduardo Ortiga. 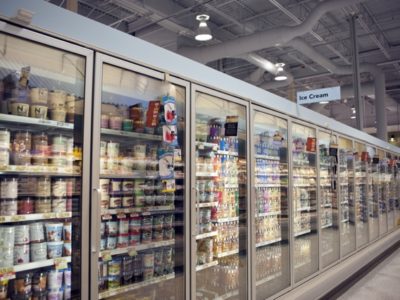 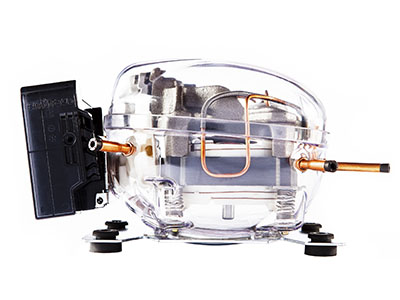 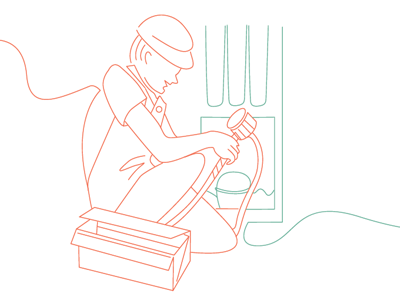