Do you know what climate change is? And what can be done to prevent it?

Climate change is the result of increasing concentration of greenhouse gases in the atmosphere, especially carbon dioxide (CO2). Greenhouse gas emissions mainly occur by burning fossil fuels (oil, coal and natural gas) and deforestation. When in excess, greenhouse gases form a kind of barrier that doesn’t allow the heat to exit the planet, making it increasingly hotter. Therefore, the climate change process is also called global warming. The Earth’s average temperature has already increased a little and tends to increase further if nothing is done. The consequences that have already started are very serious, warns expert Fábio Feldmann. They include rising sea levels, threats to food production, spread of diseases, storms and more frequent hurricanes, among others. This seems like something distant from your everyday life, right? But it’s not, as you’ll see in this article. Refrigeration equipment generates emissions and you too, in your daily activities. The advance of emissions In order to combat climate change, the Kyoto Protocol was designed – a broader agreement than that of Montreal – which sets restrictions on CFCs with great results. This agreement seeks to obtain the commitment of all countries in reducing their emissions of greenhouse gases. However, the United States, accounting for about a third of the world’s emissions, didn’t accept it. “International negotiations, related to emissions and climate change, aren’t moving forward. And emissions continue to grow”, says Fábio Feldmann. The scenario is troubling but there are numerous initiatives being developed by governments, companies, non-governmental organizations and professionals, in order to change this situation. In the refrigeration sector, there are many examples of successful actions, which prevented harm to the environment and climate. The Montreal Protocol, already mentioned above, is the best known case, resulting in a radical change in the use of refrigerants: a switch to alternatives that have minimal impact on global warming and the ozone layer, such as natural refrigerants (see more information in the Specialist on Call section). Recent data released by Brazil’s Environment Ministry reveal that it’s possible to halve the impact of CFCs and their substitutes in global warming by 2015 when compared to 2002 levels. “Thus, a rigorous management of equipment and products with CFCs and their replacements is needed. Preventing the release of old appliances’ gas is one of the key solutions to prevent future contributions to global warming. The majority of emissions that can be avoided between now and 2015 focuses on refrigeration equipment”, informs the Ministry. It must be remembered that while CFC is no longer produced and HCFCs are experiencing the early stages of their phase-out process, these refrigerants are still present in equipment that is in use. And they’re available for sale in specialized trade stores. Another recommendation in the document is the application of new technologies such as the use of natural refrigerants that don’t contribute to global warming, that is, hydrocarbons (isobutane and propane) will gain increasing strength in the market, as is already happening. Energy efficiency In producing electricity greenhouse gas emissions are generated. Therefore, the efficient use of energy is considered one of the most effective measures to reduce emissions. In refrigeration, seeking solutions aimed at energy efficiency has been a reality for a long time and has brought significant results. Environmental Protection Agency (EPA) studies show that refrigerators today use half or less energy than 20 years ago. Similar conclusions are found on assessments made in Brazil, where incentives such as the creation of Procel – National Program for Energy Conservation – led to considerable improvements in equipment. One of the major drivers of these improvements is precisely the programs to encourage energy savings, created by governments of various countries, which impose targets for equipment manufacturers and make clearer to the end user the consumption level of their refrigerator, compared to the market average. Leading the Process The issue of energy efficiency has been part of Embraco’s concerns for a long time, long before climate change became evident. Investing heavily in research and development of more advanced solutions, the company took a leading position in this regard. By incorporating sustainability as one of its core values, energy efficiency gained even more importance. The Embraco Fullmotion compressor is an example of the company’s position, being recognized as an innovative and high efficiency solution, by adjusting cooling capacity according to the need. All the brand’s other compressors also incorporate advanced technologies, which result in lower energy consumption. This concern to offer more efficient models also applies to compressors available for resale. One example is the replacement, in 2009, of old FF models for the EGAS line, offering the market, a product that’s 10% to 30% more efficient at the same cost. True to its commitment to deliver ever more efficient products from the energy point of view, minimizing the impact of refrigeration equipment, Embraco has been working to make ever smaller and lighter compressors – which contributes to energy and natural resource savings, since smaller models require fewer raw materials and less fuel expenses in transport. The contractor’s role In this process of change, involving international agencies, governments and companies, the contractor also has a role to play. With his technical expertise and having access to the owners of refrigeration equipment, he should provide guidance to his customers, which involves, for example:

In his maintenance work, the good professional must also be careful to avoid refrigerant leaks into the atmosphere. He should be concerned with the collection and recycling of CFCs and HCFCs, by consulting, for example, the Montreal Protocol site, which lists the places where this can be done, showing how to prevent wastage and the use of best practices. These actions and many others contribute to preventing climate change. And you, what are you doing about it?

UNDERSTAND THE CONCEPTS Greenhouse effect: It’s a natural phenomenon, which keeps the planet warm and makes life possible on Earth. The problem is the excessive emission of greenhouse gases in the atmosphere, which makes the planet increasingly hotter. Greenhouse gases: The most important are carbon dioxide (CO2), methane and nitrous oxide. CO2 is responsible for most emissions and therefore has a greater contribution to global warming. The residence time of the gas in the atmosphere is at least a hundred years. Chlorofluorocarbons (CFCs) are also greenhouse gases. But today their use is very small, due to the restrictions set by the Montreal Protocol. Climate changes: Increased, beyond the normal level, capacity to retain heat in the atmosphere. The cause is the large concentration of greenhouse gases in the atmosphere. Ozone layer: Layer of the atmosphere located between 10 and 50 kilometers from the Earth’s surface, containing gas with high concentrations of ozone (O3). It acts as a natural protection against the radiation of ultraviolet rays emitted by the sun.


“Global warming is already bringing many serious consequences and imposes the need for transformation in all sectors, including refrigeration.” 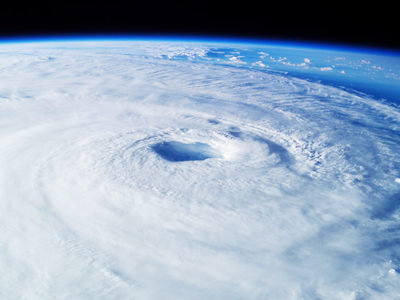 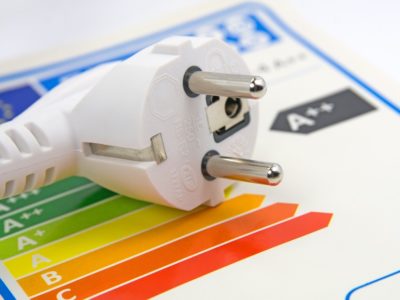