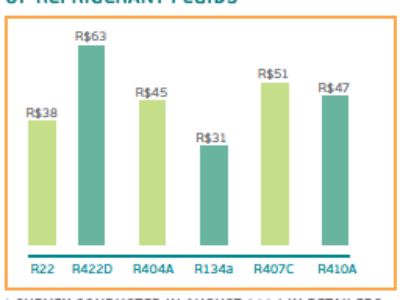 With restrictions on use and rising cost, HCFCs are leaving the market.

After the successful process of eliminating CFCs (chlorofluorocarbons), a new challenge has been presented to those working in the refrigeration sector: restrictions imposed on producing, commercializing and importing HCFCs (hydrochlorofluorocarbons), such as R22. HCFC’s impact on the ozone layer moved those countries that signed the Montreal Protocol to decide to gradually abolish, by 2040, the use of these substances. It may appear early to be concerned about this, but the fact is that the changes in the market have already started. In developed countries the deadline to ban HCFCs is shorter. Their use in new equipment in Europe has been prohibited since 2004. As a result, production has already decreased significantly throughout the world. Therefore, it’s important to start learning more and plan for this significant change. It’s risky to leave it to the last minute, since the schedule dates for HCFC elimination may be accelerated and, moreover, there is no guarantee that these refrigerant fluids, virgin or recycled, will be available to meet short and medium term consumption demands. Like today there’s already less R22 available, due to restrictions on imports and purchase of the product, the impact on prices is already being felt. It’s more expensive to buy R22 and its price won’t fall. On the contrary, there is a strong upward trend. That’s another good reason to stop using it. In Figure 1, we show a comparison of refrigerant fluid prices. Because of all this, alternatives available in the market to replace it must be known. Currently the main options for light commercial refrigeration include:

All the above fluids are good solutions from a technical point of view and better than R22 on the environmental aspect, since they don’t contain chlorine in their formulas, preventing damage to the ozone layer. However, they aren’t definitive solutions, since they cause a global warming effect. At the moment, they’re the most viable alternatives to replace R22 in light commercial application for compressors above ½ HP, as they’re available from retailers and reasonably known by contractors. While propane (R290) is a good choice not only from a technical point of view but also from an environmental standpoint. This hydrocarbon is considered to be the trend since it’s already being widely used in Brazil with strong expected growth in Latin America, for applications in light commercial refrigeration up to ½ HP. Embraco is already prepared for its growing use, offering a broad portfolio of compressors for hydrocarbons. See here a table with information on compressor characteristics for R22, R422D, R404A and R134a where it’s possible to compare capacity, efficiency, current, displacement and application of these compressors. In any replacement process of one refrigerant fluid for another it’s important to be alert to the necessary adjustments. See below the main changes in each case.

What changes with R404A instead of R22

It should be noted that the migration from R22 (compressor with mineral oil) to R404A (compressor with polyolester oil) will always require cleaning the cooling system with a solvent, usually R141b (which is a HCFC, whose use should be avoided) or hexane (which is an HC). Regarding the current, there’s a wide variation where it may increase or decrease depending on models. Emphasis should be given to the NTU compressor family, with large gains in terms of energy efficiency.

In general, there’s a 12% decrease of compressor displacement volume in migrating to R404A. This comparison becomes clearer when Figure 2 is viewed. Note that the technical specifications of the compressor’s electrical kit are quite different and exchanges among models should not be made. The impact caused in the cooling system for this refrigerant fluid change must be carefully assessed case by case. Often the necessary adjustments include:

Just as it was for R404A, when using R134a instead of R22 it’s necessary to clean the cooling system by using suitable solvents. Overall there’s a 45% increase in the displacement volume when comparing a compressor for R134a with one of the same capacity for R22. In some cases, this can be a hindrance in assembling the compressor due to its increased dimensions. As for the cooling system, the impacts are greater when migrating to R134a:

This is the change that generates the least impact on the cooling system and compressor, called the Drop In solution. R422D has very similar properties to R22, allowing the use of the same compressor, electrical kit and lubricant oil. Since the compressors are the same, migration to R422D means a reduction in cooling capacity between 5 and 15%, depending on the application. Despite the decrease in the cooling capacity, there’s also a reduction in the compressor’s discharge and operating temperature which generates a milder operation condition and may increase the life of the compressor. In the cooling system the expected impacts are minimal:

Whenever there’s a compressor change, the dryer filter must be replaced with a new one. To learn more about the types of dryer filters approved for each refrigerant fluid visit the article: Time to change the dryer filter: which model is right and how to install? 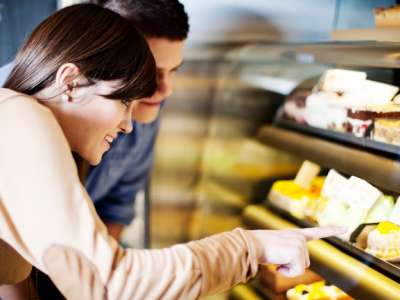